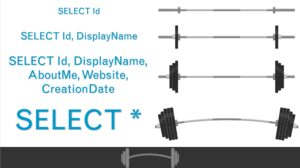 4 thoughts on “Informational vs. Relational”