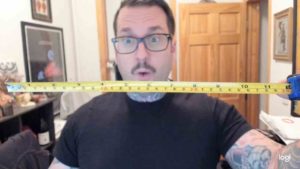 If you’re stepping up to a SQL Server you’ve never seen before, you’re probably only armed with what people tell you the problem is.

Those are good general patterns to watch out for, and while there may be regressions in some places, you’re likely to make the server a better place overall.

Sometimes you’ll get handed a query to tune.

Or more realistically, you get handed a few-thousand line stored procedure to tune.

It probably calls other stored procedures, too.

Your job, one way or another, is to reduce the length of time between hitting F5 and having it complete.

For different sets of parameters.

In a perfect world, you’d change one variable (this could be a setting, and index, the way a query is written, or an actual variable being passed in), and see how the metrics you care about change.

But that hardly ever happens, does it?

Look, it’s okay. You might need to be really effective and make a lot of progress quickly. Not everyone has weeks or months to make incremental changes towards better performance.

But you need to be aware of which metrics you’re hoping to improve when you make a change, and you need to be sure that the changes you make can actually make it wiggle.

For a query, it’s likely just a mix of elapsed time, and reads. In a way, that’s a lot easier.

For a whole server, you need to understand the problems, and how SQL Server surfaces them.

If you need help with that, drop me a line!